We Want to Make Your Bad Situation Better

Is Prostitution Legal in Nevada?

Posted By Law Offices of Kenneth A. Stover 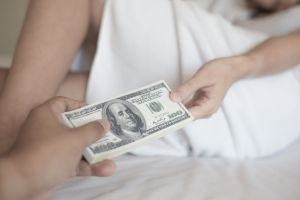 Many visitors flock to Las Vegas, Reno, and other cities throughout Nevada to not only enjoy gambling, but also participate in the nightlife--including paying for sexual favors.

Although Nevada is the only state in the country where prostitution is legal, it is only permitted in certain areas. Counties with a population of no larger than 700,000 people can operate a few brothels or so, depending on the specific laws of each one.

Prostitution is legal in only the following Nevada counties:

Legal prostitution is found in licensed brothels in the counties mentioned above. Licensed brothels and in-house prostitutes must follow specific rules such as prostitutes must at least be 18 years of age and employed under their own power, submit to routine STD and HIV testing, use condoms. Brothels are prohibited from being located within 400 yards of a school or house of worship or on a principal street, and cannot advertise in a county where prostitution is illegal.

Is Prostitution Legal in Reno, Nevada?

Both engaging and soliciting prostitution outside of a licensed house is a misdemeanor offense subject to a jail sentence and costly fines. However, if an individual solicits prostitution from a person under 18 years old, it is considered a Class E felony, which carries a prison term of up to four years and a maximum fine of $5,000.

It is also against the law to arrange, induce, or otherwise force another person to illegally engage in prostitution or enter a legal prostitution county to do so. This is known as pandering, which is a Class C felony punishable by a maximum five-year prison sentence and a fine no larger than $10,000.

If you have been arrested for soliciting or engaging in prostitution, contact our Reno criminal defense attorney at the Law Offices of Kenneth A. Stover today.